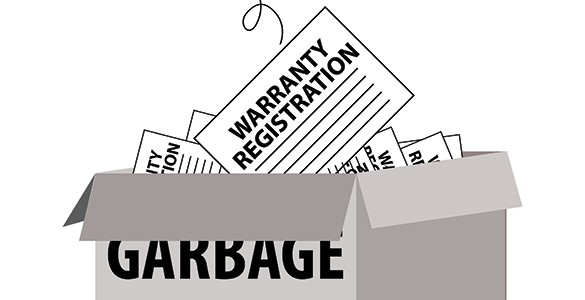 The meeting with the President of the company was arranged when one of our clients recommended us to him. The company was in a fairly competitive marketplace, and was a company that we had observed for many years because they were part of our other client’s marketplace. They made products installed in buildings that the public used. I didn’t need to do much prep work – simply review some of the observations we had gathered about the market over the years, examine the website for a few minutes, etc.

I walked in the President’s office, shook hands, sat down at the round table in his office and the conversation began.

“So,” the President said. “What exactly do you do?”

“That’s an interesting question,” I said. “We do a lot of things, but basically we solve problems.”

“I don’t have any problems,” he replied, smiling.

I stood up. “Well, then, it’s nice to have met you,” I said, extending my hand and prepared to leave.

“No, please, sit down,” he said, still smiling. “Tell me about your company.”

I gave the elevator pitch and then started asking questions about his company. He said he was experiencing tremendous competition from two competitors. One was a company who had a well-known consumer branded product used in homes; the other a competitor in the President’s market producing a similar product. “These guys are killing me,” he said.

The President explained how that his budget was not as large as theirs, and that he was being beaten at every turn. He used PR, advertising, went to trade shows and did some direct mail. “My PR agency is getting into social media too. They (the competitors) are introducing all these new products. They caught us unawares. We’re developing new products, too, now, but we are late to the game.”

“How much market share do you have?” I asked.

“We study this,” he replied. “These guys are killing us.”

“Let me ask you a question,” I said. “How many years has Competitor A been in the marketplace?”

“About seven years,” he said.

“And Competitor B, the consumer company?”

“Just a couple of years.”

“So you’re telling me that companies with a combined total of less than ten years have more market share between them than you do?”

“That’s impossible,” I declared. “What about the installed base?”

“Why wouldn’t you,” I said. “Isn’t that part of the market? And, if they are ‘killing you’ as you say, isn’t that where they will get traction? Besides, there’s no way they have more than you. If anything, you’re really competing with Companies like X, Y or Z.”

These companies offered a different solution, a different “technology” than the President. His market was really a battle between technology A or technology B – and then within those technologies you had companies competing.

“But even then, you probably have closer to 70% of your market against A and B, and if you combine all three of you, the entire market is split 50/50 and probably swings one way and the other every five years between the technologies.”

He looked at me with a blank expression.

“Let me ask you another question,” I said. “Do you warranty your products?”

“Do you collect that information in any way, like in the form of a warranty card?”

“What do you do with the information?”

“You don’t database them?”

He shook his head, “No.” This time it was my turn to look with the blank stare. Then I smiled and asked, “Can I see some of them?”

He picked up the phone and told the person on the other end of the line to bring in a handful of warranty cards “from the box in the closet.” We talked some more about the marketplace. The door opened and a man walked in, holding a five inch stack of postcards. He handed them to the President, turned and left the room. The President took half and gave me the other half.

They smelled like they had been in a basement for a long time. They were return cards that had been mailed back to the company from the owner, contractor or other concerned person after installing the product. They had the name and address of the building on them, the serial number of the product, but nothing else. No name, no phone. I scanned them quickly, and they looked like they were all dated around 1977 or so. Very old information.

“I’ll tell you what,” I said. “Let me do an experiment to prove my point. Send me a shoebox full of these cards, I’ll call them, we’ll document some information, and—“

“But there are no phone numbers on the cards,” he said.

I looked at him. “Do you think the buildings have moved,” I asked? “You are sitting on extremely valuable information. You asked me what we do. Let me do what we do, and—“

“But how will you find out who to call? And—“

“That’s what we do. This is a problem. We solve problems. You wanted to know what we do, right? We use data to uncover knowledge which leads to sales. Besides, this is on my dime. If you like the results, then we can talk programs and costs.”

We talked a few minutes more and he agreed to send me the information.

The next day, the “box” arrived. Only instead of a shoebox, he sent a 36-lb. box full of the cards. I called in our team, pulled a handful of random ones from the box, hopped on the Internet and went to Google. In a matter of a few minutes, I verified that the buildings did indeed exist, and was able to identify a target: a facility manager within that building. We assigned our team to dig, make calls, and document.

I set up a meeting with the President and showed him the results a month later when his schedule freed up.

We studied 250 random cards. We built a database, including names, titles, verification of address, if the product was still there or not, gathered verbatim comments, and a phone number. The cards we called were from all over the country, and from a wide variety of building types, including office buildings, restaurants, schools, manufacturers, medical, public – a rich variety showing the fabric of buildings that the President’s products were installed. Many of the people we talked to switched to the other technology solution – who was the President’s real competitor. Only 7% said they used Competitor A or B instead of the President’s product.

One of the cards we called was a major chain restaurant that removed Competitor A after trying it, and replaced put back the President’s product.

“This is a great PR story,” I said during the presentation.

“But do you know how hard it is to get that story through the corporation headquarters of that chain?”

“I don’t know what you are saying,” I replied. “We do this all the time. You have a PR agency. They should be able to do it. There are ways.”

An apartment complex returned a card and still had the original product. A restaurant checked while we were on the phone that the originals were still there. One person said, “Heck, we just call Grainger and replace some parts that wear out every few years and they work as good as new.”

The presentation lasted ten minutes or less, and at the end, it was time to ask for the order – “let us plunge into the database, pull out this type of knowledge, and then aggressively pursue it for marketing purposes.”

“What would you charge to call 1,000 of these cards,” the President asked?

“That’s expensive,” he said. “We don’t have that kind of money.”

“Really?” I asked. “What are you spending on advertising now, or PR?” I already knew he was spending more because we monitor these things. Besides, a leader like this has to spend more than $20,000 on marketing his product or face extinction. But that’s another story.

“This is simply another advertising campaign,” I continued, “but the real rewards will be enormous. It’s your installed base you’ll be connecting with. Your products, or competitor products. It’s actually cheaper than what you are doing now. There’s minimum risk, unlike traditional advertising.”

He said he had to think about it.

“I understand,” I said, standing up. “It was a pleasure to meet you. We learned a lot in this experiment. Please keep us in mind.” I left a copy of the presentation on his round table.

That was nine months ago. He never called back. I didn’t expect him to, and I don’t believe he will in the future.

In his book, The Signal and the Noise, Nate Silver put it this way:

“When we can’t fit a square peg into a round hole, we’ll usually blame the peg – when sometimes it’s the rigidity of our thinking that accounts for our failure to accommodate it. Our first instinct is to place information into categories – usually a relatively small number of categories since they’ll be easier to keep track of. (Think of how the Census Bureau classified people from hundreds of ethnic groups into just six racial categories or how thousands of artists are placed into a taxonomy of a few musical genres). This might work well enough most of the time. But when we have trouble categorizing something, we’ll often overlook it or misjudge it.”

If you have a box and would like to do business, give me a call give us a call at 847-358-4848. We love talking to people about strategy. You can also contact us here as well. Thanks for reading!