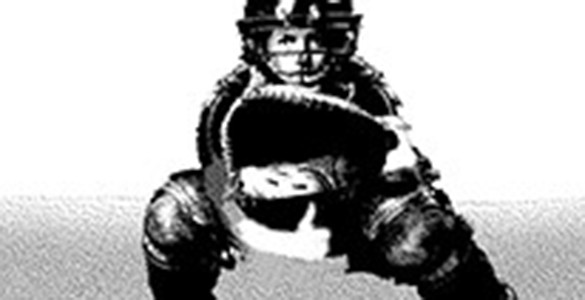 Pitching business is part art, part science. Timing has a lot to do with whether it’s successful or not.

As a marketing company, we pitch a lot, and we hear a lot of pitches. I remember one time, a couple of media reps were pitching our client for their magazine. After a few minutes, it became evident that they were clueless about what the client made or even if it fit their audience. They hadn’t done their homework. I think they seriously thought they would walk in and our client would simply write a check. This time, however, we were in the room with the client, so it turned out differently. I asked, “Excuse me, but do you know what products they make?” The media reps looked at each other, smiled, and stuttered, “Make?” They couldn’t answer the question, exposing themselves as severely incompetent. The client showed them the door.

We’ve gathered some tips for your pitching that we thought would be useful.

* Credibility. You have to maintain your credibility – always. You can’t be something you’re not. I mean, you can try, but clients – like kids in a classroom – will see through it immediately.

If you develop a reputation as someone who is credible, it makes a difference in your pitches. You become naturally more persuasive. It also paves the way, especially if your target has done their homework about you.

For example, I walked in for an appointment that had taken two months to set up with a prospect (introduction was made through another client). After greeting and sitting down, the prospect said, “So, tell me what you do.” “We solve problems,” I said, smiling. “I have no problems,” the prospect said instantly, and smiled back. “Well,” I said, standing up, “Then it’s nice to have met you.” It was a bold move, but a credible one after making the statement “We solve problems.” Anything else would put credibility in jeopardy. The prospect told me to please sit back down and we had a great meeting because credibility was immediately established.

Credibility works both ways, too. In determining whether to make a pitch, it’s important to think that the client is likeable and trustworthy. Chose wisely. Do your due diligence.

We made a pitch to manufacturer of controls. The RFP was for research into the distributor channel, and contained much, much more. It was really a request to “cover the bases so I don’t miss anything including e-commerce.” When RFPs aren’t clear, there are always reasons and generally it’s a warning. In this case, we decided to give it a shot.

We had three people do the pitch, which was very comprehensive. We demonstrated our credibility as the right firm for this project to a roomful of people. Afterwards, when we found out we didn’t get the assignment, I called the prospect. I like to do that because it always reveals information that helps the next pitch. I asked was it the content? “Oh no,” the prospect said. “All the proposals we reviewed were good, but yours was the most comprehensive.” “Was it the price then,” I asked? “Oh no,” the prospect said. “Yours was as competitive as the others.” Now I was confused. “If it wasn’t the price, or the scope, was it something we said?” “Oh no,” the prospect said. “Your presentation was spot on. We just wanted something more superficial.” I hung up the phone. This was a case where if we won that assignment, it probably would have been a living hell, because we just don’t do superficial. When you do, your credibility suffers.

* Select. The pitches you don’t make are as important as than the ones you do make. Advertising is about influencing people as much as it is about selling.

Since time is money, select carefully and don’t necessarily take anything that comes your way. We were asked by a major development company to help with their data. This company has hundreds of units, but was unable to tie them together in what today, “big data” does almost without thinking. In those days, it would have been an IT challenge – but something we had done before. Before we make proposals, we usually want to meet the prospect and get a feel for the company we would be working for. In this case, it was most impressive. But like many impressive companies, there were layers and hidden dangers: there were lots of internal fiefdoms that we would have had to battle, win and integrate if we were to be successful. We walked from the assignment.

When I was in the agency business, my boss would never let that happen. We pitched everything that came our way, and consequently, had a lot of internal agony and pain. It pays to be selective.

* Speed Counts. Marcus Luttrell said, “The SEALs do place a premium on brute strength, but there’s an even bigger premium on speed.” Clients are counting on you to get their marketing to the finish line as quickly as possible. And prospects want to know you are responsive. They want their work done neatly, quickly and efficiently. You owe it to them and yourself.

After accepting an assignment for a new client, we were given two months to complete it. After three weeks, the client called and asked if it was possible to have it by the end of the 6th week – condensing the assignment by 25% of the time – because of an upcoming board meeting. We could have said no – legitimately –because the research was yet to be completed. However, that would have disappointed the client. So, we said, “Yes” and then went full speed ahead, diverting our internal resources to finish ahead of time. The speed of response was crucial to maintaining this relationship, and the client, grateful, promised additional assignments going forward. Being able to move quickly when necessary is part of the strength-speed-explosiveness theory of weight training. It works for marketing as well.

* Story. A pitch is like a morality play and to be effective, you need to be the moral high ground — always. Morality plays were a form of theater during the 15th century in England, and written to educate and lecture audiences. That’s what your pitch must be: an education, but in story format. Because your “hero” is really the client’s product, struggling between the forces of good (sales) and evil (competitors). So include robust debates within your story, about all sides of the case.

* Prepare. There’s no such thing as too much preparation, but there certainly can be too little. I worked at an agency where the President insisted on rehearsing ad nauseam. And you couldn’t deviate. I remember our first pitch together. When it was “my turn,” I went completely off script, as my boss turned white. But my “script” didn’t make any sense anymore based on what the prospect was asking; I would have looked foolish if I kept to the script, so instead, I took a detour. I had learned this skill in teaching underachievers: holding their attention is an art and science. But the key is listening, and being prepared for ANYTHING.

My boss never rehearsed me more than once again. I had taught him the valuable lesson of being prepared for ANYTHING during the pitch.

Clients are seasoned in many cases, and you will quickly reveal your preparation or lack of it. Persuade with facts, not just boisterous rhetoric. The best pitchmen and women are skillful and determined in their preparation in all aspects of their pitch. I recently told a publisher, “I don’t think there is any argument you can make to me that I can’t diffuse pro or con regarding advertising.” The publisher stayed silent; she said after a few moments, “I believe you.” That’s because we have studied advertising for 25 years – and we continue to study it. We take nothing for granted, even our own premises. We leave room for doubt, something that is essential if you are going after the truth.

And, never make promises you can’t keep. If you promise a client something you fail to deliver, it’s over. Credibility once lost is gone forever.

Apologize, too, when necessary. But don’t whine. Make a mistake? Admit it, correct it, and get on with moving forward.

Remember, the pitch is a chance to show your best. Have fun with it; after all, you are professionals! There’s a lot of theories about what a pitch should or should not be, but the best advice is that just make sure it portrays you, your firm, your capabilities in the form of solutions to the client or prospect. If you have stories about your pitches you’d like to share, give us a call. Or, if you want help with yours, let us hear from you. For more conversation about pitches, contact us here, or call 847-358-4848. We’d love to hear from you.

2 thoughts on “The pitch”