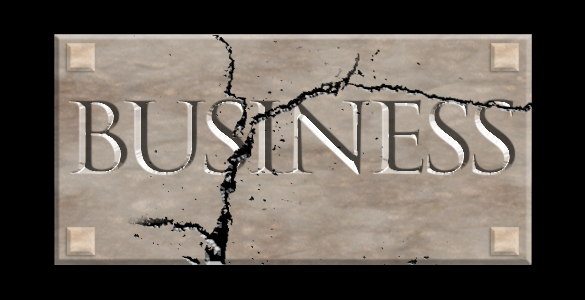 In 2016, I was honored to present to a major publisher’s entire company. My topic was on what’s a publisher to do (in what was then known as age of disruption if you will recall), and my assignment was to discuss how my own business has changed, and how publishing is continuing to change.

I like to come early to such meetings and listen because I learn the mindset of the audience I’ll be addressing (see my blog Selling the Why and Why It Ain’t So). If you are a presenter, and you get that opportunity, you will never fail to learn some things that will help adjust your own presentation. Here’s what I learned then before I took center stage.

Today…Budgets are in freefall. The entire landscape (talk about disruption) has shifted and will never return to what people are trying to define as “new normal.” Our series — Navigating Sales and Marketing During COVID-19 — is one of the highest visited sections on our website.  Separate essays on Architecture, Manufacturing, Retail, Security and more are presented as ideas on just how savage this disruption has and is to business of most all sizes. In fact, size will not matter eventually; though size can help a company withstand disruption to a degree, it can’t save the company from the forces of disruption. There are opportunities, however, and in the Navigating Sales and Marketing in Media Outlets During COVID-19, some of those opportunities are presented for your consideration.

One of the things you will read is that today, EVERYONE is a media outlet. Any business with a website is a media outlet, competing with other media outlets for attention. In Rorschach Test: Who Is Robert Redford?, Shane Smith, the man who built Vice into a $2.5 Billion Empire, said something profound: “Vice has found that magical point of convergence…We want to do three things. We want to make good content, we want to have as many eyeballs as possible see that content, and we want to make money so that we can keep paying to do that content.” Isn’t that what every company wants to do after COVID-19?

Today…There is an overabundant amount of research going on, all telling us “no one knows.” That’s because no one does know. I shared with an audience of 200 professionals including designers and architects in a recent online webinar about finding and targeting customers in the COVID-19 environment these three points:

The last point in particular is important: we are actually in very blue oceans because nothing is working as normal.

For example, recently, Gary Johnson, Ford’s chief Manufacturing and Labor Affairs officer, was named manufacturing technology leader of the year by Industry Week. Congratulations are certainly in order, but he didn’t get that award for making vehicles: Partnering with GE Healthcare, he was instrumental in delivering part of the 50,000 ventilators needed to fight the virus, as well as 19 million fade shields, 42 million face masks over over 32,000 powered air purifying respirators collaborating with 3M. If they had insisted on making vehicles, where would Ford be today? Moreover, many of us don’t have the resources to shift to give people what they need like a Ford. But that premise of business — giving people what they want — is never wrong or disrupted by anything like a virus. Just think about toilet paper when COVID-19 struck!

Such shifts when disruption happens are essential. In the Maslow Challenge, which was written in 2013, I discussed James McQuivey’s book DIGITAL DISRUPTION, which was and still may be a must read for anyone trying to do business in this world today. While my argument with McQuivey was about his interpretation of Maslow’s Hierarchy of Needs, what McQuivey said about disruption has proven to be true in 2020. The question has always been: what does a business DO about it?

Jim Lovell, the Commander of Apollo 13 said, “There are three kinds of people in the world: those who make things happen, those who watch things happen, and those who wonder what happened.” In this world today, you have to make that choice evident — and real. There’s actually no room for hesitation.

Today…Nothing has changed: the website is the key component for EVERYTHING a company does. Pre COVID statistics were being quoted that 75% of people go to Google first to find things. Post-COVID, I’ve heard statistics as high as 95%. The companies that were revamping their websites when the virus hit are out of business. And the first thing any new business venture does since it hit is build a website. Or a ZOOM room. 🙂

Today…Sales people are in a tough spot. Not only because no one really knows what’s happening, they are in a tough spot because no one really knew. The most important attribute of a sales person is being able to listen — to really hear what’s being said. And today, there’s so much clutter, it’s difficult to tell the single from the noise as  Nate Silver in his book The Signal and the Noise talks a lot about. Silver says finding a true signal is more like trying to find the right needle in a pile of needles.

But what you can be is a know-it-all in your own field. We recently onboarded a new digital marketing person for a client who came from outside the industry — a tremendous advantage actually. The person was smart, insightful and embraced metrics. Our “advantage” was that we knew the industry. Our common bond was the shared marketing experience, and counting on conversion — no response — to help us judge what the former digital person kept to herself and from us. We’re looking forward to being part of the team, not because we “had the answers,” but because we can hatch strategies together to shape approaches in the disruption going on out there.

Today…Print is dead — and dying. Even though we recently distributed over 5,000 printed catalogs for a client, most people now receive and distribute content digitally. Naturally, a situation will determine whether you print or not, but the idea of needing something printed to sell something is mostly an excuse for transmitting sell copy.

Does that mean magazines are dead? Of course, not, but they will NOT be in the overabundance they were before, and the virus has only accelerated their demise. The new ones that do come out will not be published as often. The ones that are out there keep shrinking before our eyes (we used to receive over 1,000 print magazines in our office before COVID).

Today…You know what COVID-19 did to trade shows. This once “big idea” is not a whimper because who knows when trade shows will return. And if you have attended any virtual ones, you know how different they are from what we are used to.

But re-definition is what disruption does and what it will continue to do. According to the Farnsworth Group and NHPA, 41% of retailers are expecting their budgeting for sales to decrease! But the real suspect statistic about one of the survey statistics was “NHPA surveyed roughly 300 retailers across the industry, representing 1,500 storefronts. nearly 90 percent of retailers reported a year-to-date sales increase in 2020, with the average sales increase hovering just above 24 percent.” How can that be?

Simply, it can’t, unless you’re Amazon. According to Sourcing Journal, here were more than 11,000 reported fashion store closures—11,060 to be exact—in 2020 by mid-December. Christopher & Banks Corporation filed Chapter 11,  on January 13, and expects to close a significant portion, if not all, of its brick-and-mortar stores and is in active discussion with potential buyers for the sale of its eCommerce platform and related assets and expects to file the appropriate motion shortly.

The moral of the story? Today’s big idea can flame out faster in a disruptive climate. Therefore, judging BFIs (what they called big ideas in my agency days, you figure out the “F”) takes patience, thoughtfulness and flexibility to change on the dime. Who can do that these days?

Today…Major media outlets are in total disarray. As print evaporates, they have run to the digital highways, only to face increasing competition from their own customers: the manufacturers and producers who have realized their own websites are the secret to success. If you Google today “Should I ever lower my price?” you’ll see what I’m talking about. I’m always amazed at the company I keep on page one (it’s called SEO).

When I went on back in 2016  (I was last up before dinner), I was not only well prepared because of my original content; I had all these stories to weave into my own narrative. It was a great experience for all.

Today…If I would be asked my a media outlet today, I would do the same, and chances are, many of the stories would be the same. How to gather customers, what do people want in terms of content. But the real question then and now is: how do you define a media outlet?

That definition — like all definitions in a disruptive climate — has shifted. But the formula for success hasn’t: he who has a thing to sell and goes and whispers in a well is not so apt to get the dollars as he who climbs a tree and hollers. I read that on a sugar packet (when they made such things) many years ago, and it was the best piece of advice I ever heard about selling. Thanks as always for reading, and please let me hear your comments!