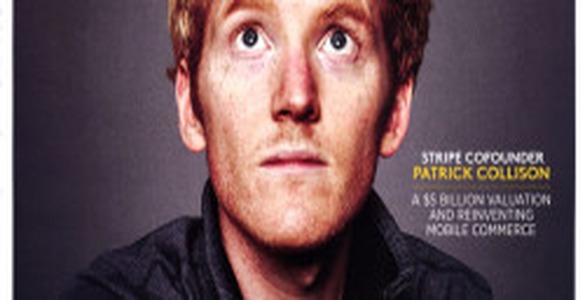 The November 2 issue of FORBES® magazine a couple of years ago had six covers. That’s right, 6!

At first, I thought it was a printing error; after all, six covers? But we receive at least two copies of FORBES in our office (we get over 1,000 magazines each month as we study the disruption going on in the print world). Both copies had the six covers! 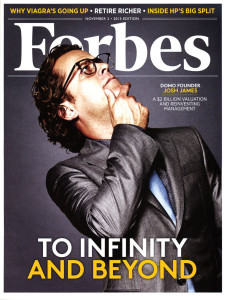 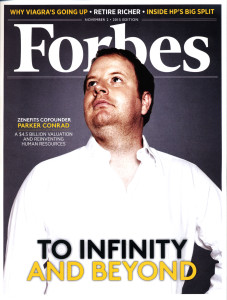 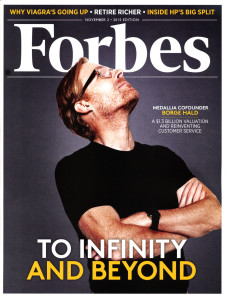 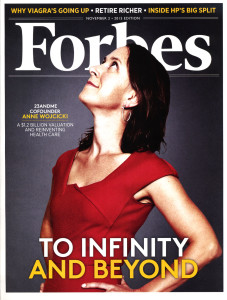 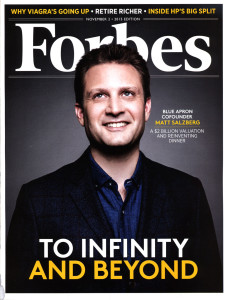 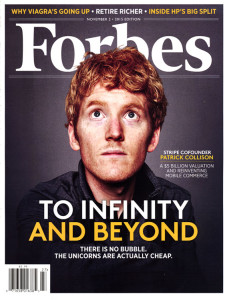 I called Forbes that evening, but of course, everyone was gone for the day. I then called the subscription department at 800-888-9896 and spoke to a friendly person who said, “Would you like me to send you another issue to replace that one?”

“No,” I replied, smiling. “I’m just trying to find out if it was an accident or what. I’ll call the offices tomorrow.” She had no idea what I was talking about concerning the six covers.

My art director  said it wasn’t a printing error the next day; we looked at the article inside the magazine, and it covered all of the people featured on the cover(s): Patrick Collison, Matt Salzberg, Anne Wojcicki, Josh James, Parker Conrad, Borge Hald. The article – “To infinity and Beyond” – was about startup valuations.

So what WAS the reason for the six covers?

Could it be a demographic mistake after all? Did they want to distribute six different versions throughout their circulation?

Well, Xerox had ads (different ones) on the inside of five of the six covers. So it HAD to be connected, or Xerox got the greatest deal of all time. Something was up. I wrote about the truth about Native Advertising in a previous blog. Was it a native ad?

I call Forbes offices at 212-620-2200. It’s all automated response. You select the number you want (i.e., 3 for advertising, 4 for editorial, 5 for human resources, etc.). I tried all the numbers and didn’t get anywhere until a lady in administration named Rosa answered. I explained the situation, and she knew nothing about six covers. She gave me a number for someone named Vanna L. who would know. I called that number, but it didn’t work.

Then I decided to try a different path: I called John Kennedy the CMO of Xerox. I actually just tweeted about him when he shared what he’s learned and what he hopes to achieve in a recent Amy Gesenhues article “Xerox CMO Shares Strategy Behind Re-Branding One Of The World’s Top Brands.”

No luck. After going through the phone automation at Xerox (I’m always amazed no one really answers phones anymore — in fact, read my latest blog about powerlessness if you have a couple of minutes), leaving messages, I got a call back from Barb B. who said to call Laura R. “She will be able to help you.” I called her several times, leaving messages each time, but no response to date.

I know people are busy. We all are. But here’s the thing: There is NO information on these six covers either on Google, at Forbes or at Xerox. Maybe that’s the way they want it?

Am I making something more out of this than I should?

I’ve been in this business a long time, and I’ve never seen six covers. Never. I feel like Jimmy Stewart in Mr. Smith Goes to Washington, when he says at the end of his speech (paraphrasing): “You think I’m licked. You all think I’m licked! Well, I’m not licked. And I’m going to stay right here and fight for finding out what these six covers mean, even if the internet gets filled with lies; and the global companies and all their armies come marching into this place. Somebody will listen to me. Somebody will listen…”

Before I collapse like Jimmy did in the movie, will you let me know if you know anything about this? Seriously. We ad guys gotta know!

3 thoughts on “Native advertising or … ?”